In a transient and mobile military community, Cadence offers stability, strength, and consistency over the long haul to each installation we serve.

Cadence enjoys favor with the military community and has a proven reputation of serving military personnel and families in general, and chaplains in particular.

Cadence staff are experts in creating and sustaining biblical, life-changing fellowships within the military community.

Cadence ministries are constantly releasing military people transformed by Christ to live for Him wherever He sends them.

Military ministry is all Cadence does. It is our one focus, passion, and joy. Cadence gives its all to the global military communities we serve.

While I was in grade school and my dad was stationed in Germany, we attended the house on Friday nights, and I witnessed my grandparents in action: serving and blessing others while opening up their large home with warm hospitality, good food, laughter, and Bible study. For many, including me, it was a place where we encountered God—not an abstract, far-off god, but a real, personal, loving, Savior God who orchestrates real-deal transformation and abundant life.” 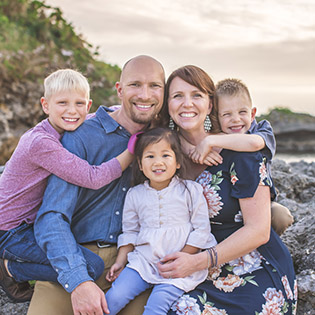 “For many, including me, the hospitality house was a place where we encountered God—not an abstract, far-off god, but a real, personal, loving, Savior God who orchestrates real-deal transformation and abundant life.” Cadence Student Ministries is celebrating 40 years of ministry to the military!

In the summer of 1981, four students from Multnomah School of the Bible (now Multnomah University) formed a quartet called Malachi Singers. This group was the result of two Cadence Kids, Joyce and Dave Patty, dreaming and praying about summer military ministry while in college and their dad, Dick Patty, who was the Europe Field Leader at that time, believing in this vision. He told them, “If you put the group together, I’ll put together your first summer itinerary.”

Having lived in Germany for a year with their parents, Joyce and Dave experienced first-hand the incredible opportunities and needs of military students whose parents were stationed in Europe. At that time, Cadence (then OCSC) primarily ministered to military people through hospitality houses and servicemen’s centers, but there was little focus on their teenage dependents.